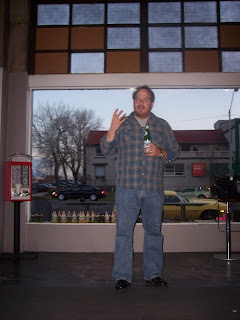 Dan looks HOT. Though Dan thinks he looks like a goon in this picture. He's answering questions from the audience. 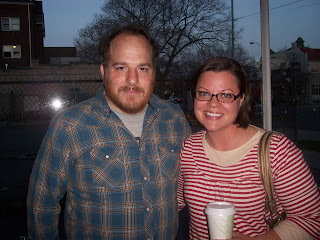 Dan and Carrie, his good friend from back in the Ricks College days. 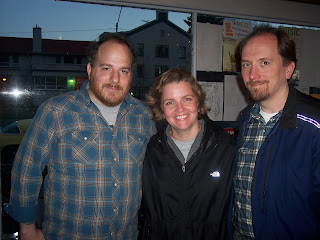 Dan, Marion and her husband Brian. Marion was Dan's neighbor during his last year in Salt Lake City. 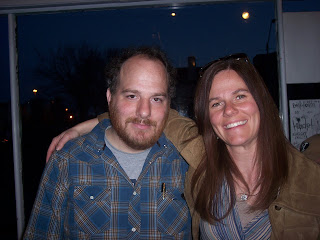 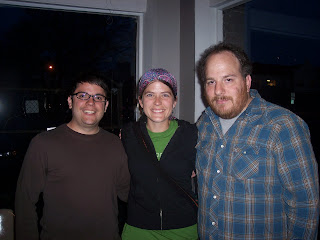 Tod, Laura and Dan. They were classmates with Dan at Eastern Washington University. 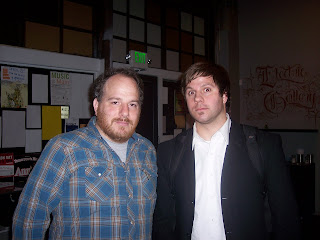 Dan and Bill/Craig. They were roommates in Rexburg for one week during the summer of '95. Dan was moving back to Seattle and Bill was just embarking on his college career. 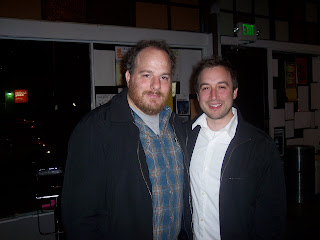 Dan and Josh. They were roommates in Salt Lake City when Dan first moved there in '98. He's also good friends with Josh's older brother, Jake.
It was so great that so many people were able to come our and support Dan. It was so much fun and Dan did a great job as usual.
I loved meeting Dan's friends for the first time, I just wish we had had more time to chat and hang out.
Posted by Kitty at 10:03 PM

I'm so sad I missed it. I'm glad there was a good turn out. Dan, you are loved.

It was so fun to come to the reading and see Dan and meet you! I love that you blog, it is such a superior means of keeping up (me no good with phones). I am proud of Dan's poetic prowess, and am so happy he found himself such a cool lady. I hope to see you guys more. When you come back to Utah can I reserve a dinner with you? I did not get my fill of the Dan and Kat Morris-es... 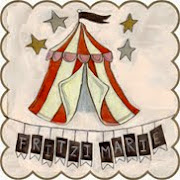